I am in New Hampshire. I am in a "cabin" by myself. The "cabin" is actually a large house on a lake. Its very luxurious and wooden. I ate cheese with bread. Later I made myself coffee and steak w/ cous cous. Then I drank red wine and watched the The Third Man. It part of the Welles education. That movie doesnt really belong to Welles though, it belongs to novelist Graham Greene who wrote the script. I'm surprised myself it took me as long as it did to see this movie. It had an odd feel. It had a noirish storyline and look, with deep shadows and light, but the score was this lighthearted Eastern European guitar medley that was. It was incessant and through off the feel of the film. I didnt enjoy it really, but it did mess with mye expectation.
Death seemed just as lighthearted as anything. Made it into a simple game of cops and robbers, but the consequences of the film are heavy, devastating. Its easy to see why Truffaut and the French New Wave picked up on this.
The most intriguing thing about the movie other than Welles' desperate and cocky performance was the final shot - a very long shot that I have never seen in an American film from that period. It was stark and beautiful and had guts.You don't see guts much these days. Unless it's "There Will Be Blood"

Mostly though I wrote. I wrote and read. I read from this 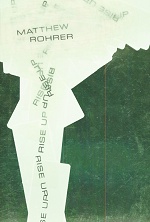 Mostly though I didnt read. I wrote. Which is why I am up here. Hopefully I can do the same today.

Charles Simic reads tonight at the JFK library back in Boston. It is free and with Robert Pinsky. I would like to see Simic read, but not in a cavern. I dont hear his words that way. And I do not want to have to sit through Pinksy.