"Stockhausen is a motherfucker" -Miles Davis.

Rhythm: The relationships between points in time defined by sonic events.

Harmony: The relationships between two or more﻿ sounds occurring simultaneously.

Melody: The relationships between two or more sounds occurring in succession.

Color: The relationships between frequencies perceived as a single sound.

These expanded definitions allow for aesthetic comparisons between the most varied kinds of music.

"Listening Room, written in Northern Cyprus in October 2002, was premiered by the Ensemble Aventure in December of the same year in Bludenz, Austria.

"The main challenge for the players lies in the fact that each of the twelve musicians plays from the full score, that the score has no bar lines, and that even a conductor is not required to realize it ... The musicians are given extensive responsibility in recreating this 'imaginary landscape' through listening carefully to their sounding environment. They are also given back some freedom to control and shape their own sounding events, just like any soloist would do -- and in fact, every musician loves to do, but too often does not have the time, given the reality of living in impatient times."

"You take delight not in a city's seven or seventy wonders, but in the answer it gives to a question of yours."

"Or the question it asks you, forcing you to answer, like Thebes through the mouth of the Sphinx."

from Harriet via Kenneth Goldsmith:

Bök next showed an image of Steve McCaffery’s “William Tell: A Novel,” which is simply a lower case “i” with a colon atop of it instead of a dot. He recalled the story of William Tell and then conflated it with the William Tell episode of William S. Burroughs, where he shot his wife dead playing William Tell. Bök examined the linguistic implications of “the mark,” in terms of self-expression, in relation to a target, as well as a graphic manner of mark making. And then he further extended these metaphors to examine the tension between literatures “will” and how much a work of literature “tells.”

I have a new poem up today at RealPoetik. Number two of three. I won a dare by by titling it as i did. Eat that Gizzi.

Im going to go to a coffee shop and read Abraham Smiths' HANK for the rest of the day. Happy Sunday.

I have three poems from THE CONSTITUTION up at Action Yes


I have a poem, "Moon Above the Law" at RealPoetik.

Here is an early version of a TOTEM at I am a Natural Wonder.

Horse Less Press has a new website. Thats where you can learn how to read THE CONSTITUTION. BUT also can buy this fantastic book by Richard Froude.

Brave Men Press had a reading at Flying Object on March 12th, 2o11. Chris Martin, Ben Kopel, Michelle Taransky, and I all read. 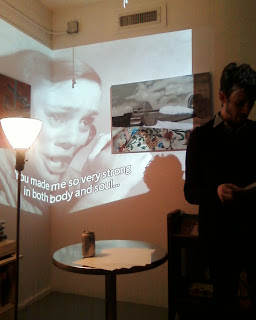 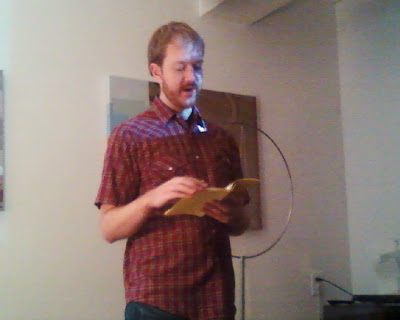 1. Spasmodic Tragedy by Macgregor Card
2. This is Also a Dolphin by Ish Klein
3. The poem ZS read about "a sack of potatoes"
4. Tick by Julie Carr
5. The poem/story JD read at AWP about "flings"

I went to LA for

I had some theme music.


I had some love. 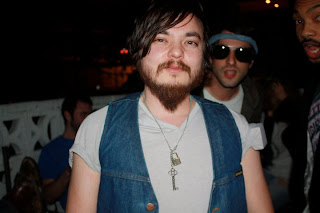 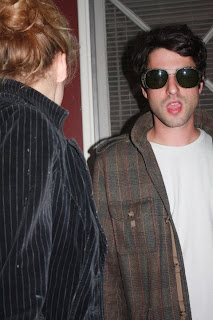 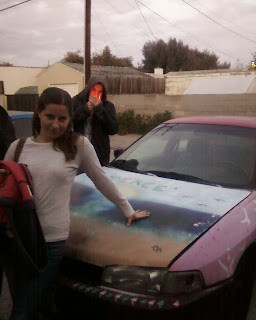 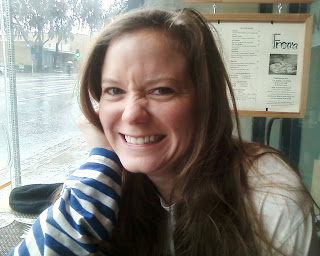 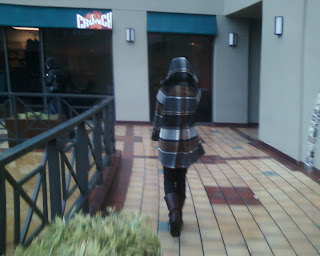 I am going back real soon. Promise.

Tomorrow, Friday 3.4.2011, i am reading at The Multifarious Array in Brooklyn with Chris Carrier, Jared White & Chris Hosea.

Brave Men Press is also being a reading on March 13th in Hadley, MA. We are celebrating. Chris Martin, Michelle Tarakansky, Ben Kopel and me will be reading. There will be videos and bacon. Also a limited book celebrating the reading with 2 new poems by each poet, free if you come. If you come.

Brave Men Press has a whole lot of new things for sale. New chapbooks by Chris Martin, Joshua Marie Wilkinson & Lily Brown. Ben Kopel's sold out in a day. But you can get it in this box set.
This is why we're celebrating.

I remember having a conversation with an x girlfriend about when you were most happiest in your life. For her, it was listening to ska punk. I can remember one day living in Boston, almost spring, in my apartment on Westland Ave, behind Symphony Hall, listening to Cornelius while making skateboarding moves in my room. No one else was home. That was some happiness. He is happiness in inertia and non inertia. I remember leaving the apartment and trying to carry that feeling with me. I remember it wasnt warm our enough yet and it didnt work. I miss Cornelius. Download these awesome screensavers he scored to a multimedia art show. Very beautiful.

Zach Schomburg was in town. He made my favorite movie of the year. See?