In fact, a lot of people do.

I made this for your autumn.

A new issue of Absent.
Below is a great landscaper from Josh Harmon. 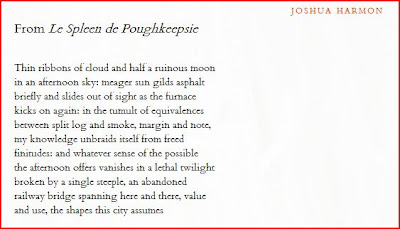 Saw High on Fire last night. In describing, I should say things like "I got my brain blasted through my face melt" but it was more like "hugged by a sweating teddy bear" 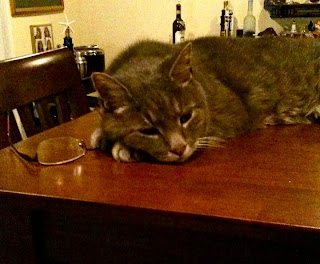 My last cat has gone. Willy. He disappeared a week ago into the woods. I hate the woods. It never gives back.

Bernadette Mayer was all eyes

Sharon Van Etten came to town the other day. She carried us away with her. We brought her back to our place. She's touring a ton and you should meet her halfway.

Bought this album the other day. Les Ralliezes Denudes An extreme feedbacker, better than Fushitusha.

There are no official recordings, they never recorded in a studio (?) Les Rallizes Dénudés are quite possibly the only rock group that can be genuinely described as revolutionary and not only because their bass player took part in a airplane hijack!

I’m not surprised to read their sound was originally inspired by the Velvets groundbreaking 1967 noisefest “White Light White Heat”.

Just look at that guy. And the title. Who could pass it up. Not me. Not you.

A new Octomom is up.

Look at this Jennifer Denrow

The people come from themselves. They’re the operations they couldn’t afford. On the other side of the room, they are dressed like clouds. We give them the personal history of wind. When it gets too loud, we shut the door and never go back. The room sits empty for months, filling up with the sound of each drama. We stop imagining what’s happening in the room, and later forget there was ever a room to begin with. Our participation in each other still occurs, but slowly, forgetfully.

Now look at this Jennifer Denrow. 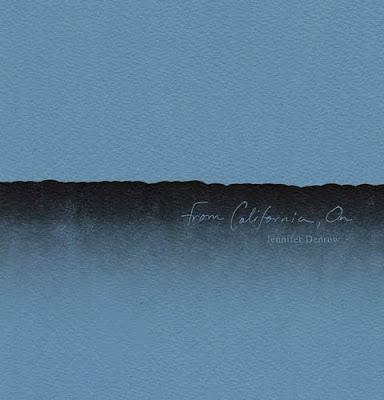 (More on that soon)

Congrats to SIR! contributors Chris DeWeese & Rebecca Farivar. Octopus Books will be putting out their first this year.

SIR! has its next issue all lined up. But I dont know HTML. I need an HTML Giant to help put this issue into one piece. Its not too much and I am pretty demandless. If you can help, please contact me.

Im Not A Witch

I've lost a some things these past few months.
My partner & love.
My home.

My ability run without coughing.

Michael Gizzi ("May you keep this memory, the one you’ll never see.")
Tony Curtis
Arthur Penn

It was an endless summer


But I did gain some hair, pack-a-day habit, a new apartment, poems.

Horseless Press is going to put out a collection of my poems called THE CONSTITUTION.

I've never been able to commit to a sustained thought in words before. Not well anyhow. THE CONSTITUTION was meant to begin from a source poem and everything thereafter would be an amendment to that original idea, turning over and over. Its also an examination of a moral constitution, what it is to have one, what mine is. I'm excited about these poems.

Horseless recently put out a book by Jennifer Denrow. You should get that here. Murphy Brown makes an appearance. The next book by Brave Men comes in a few weeks from Jen and it is just astounding. She's got a big diction.


Excited too Greying Ghost will be pamphletting a poem of mine called YOU ARE ON FIRED. (I dont mean these announcements as a gloat but a repeat to convince myself I still have a shadow. Like shadowboxing.) Sam Starkweather has some new SELF HELP POEMS, some of which you can see here

The perfect drug is one you only experience once, and the rest of your life is spent chasing that feeling. After McCain’s concession speech I didn’t think I could get any higher. But when he was standing in front of 100,000 people talking about the transitive properties of hope, it felt like I was at a once-in-a-lifetime rock concert. The movie we had all been waiting for was finally before us and impossibly, was better than we imagined, and with each newly delivered line, it kept getting better. There, sitting in my car in the dark, listening to that voice coming from the radio, I achieved absolute belief, and it had nothing to do with politics or humanity or any of that shit, it was simply the fact that language did this.

I joined Twitter, to kill time, but mainly just to read Vag Talk ("Just discovered the woman-centric channel OXYGEN. It's all of the content of Ass Sluts 5, minus the sex." )

I was lucky to be part of some nice readings this summer with Janaka Stucky, Julie Doxsee, Josh Harmon, Emily Pettit, Dottie Lasky & Sarah Goldstein. That felt good. That was my vacation. I didnt take pictures, but thank you to them for letting me play.

I'm reading NOV 3rd in Northampton with Elaine Kahn. Its at the Green Steet Cafe, which is a nice place. They comp you food and drink if you read, for each reader, as well as plus one. If you'd like to be my plus one please wheeze at me.

Zach Savich has new collection of poems from Colorado University Press, which was much better than I anticipated. Plus the cover is pretty. Rachel Glaser & Mike Young both have books out from Publishing Genius. There' s a great new record store. And there's this place.

The next Deep Moat Reading Series will be on NOV 20th, featuring Jeremy Sigler, Damon Krukowski (!) and Alex Phillips.

This is a lot. I wish I could remember more about myself.


Pieces of a poem by CS Ward. I like its patience.

And I am bad at naming
But, every so often

I am given a green grace
Like rusty books burning

Smells coming over the mountains
And then I can just listen