Everybody Calls Him Food

You gotta go to the Raleigh Quarterly and read

All things are created
in accordance with number.

Its doors are the mysteries.

A scrap here, a scrap there:
nothing exists.

All is from number.

All is from a rain
unless I have missed an exception.

You have a concentration of treasures. 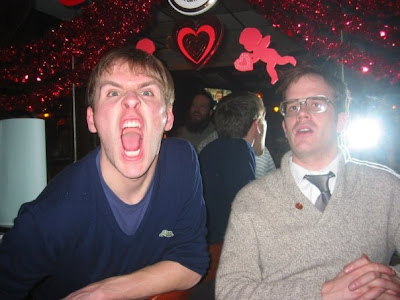 Blake Butler is the author of EVER (Calamari Press 01/09) and Scorch Atlas (forthcoming Featherproof Books 09/09). His work has appeared in Ninth Letter, Willow Springs, Quick Fiction, Harpur Palate, New York Tyrant, etc. He lives in Atlanta and edits No Colony and htmlgiant.com.

Claire Donato's work has appeared in journals such as Caketrain, Coconut, Cannibal, and Dewclaw. She is the author of a chapbook, SOMEONE ELSE'S BODY (Cannibal Books 2009). Her hometown is Pittsburgh, PA.

I'm going to this. At the beloved Ada Books. If you've never met anyone from Pittsburgh, now's your chance. 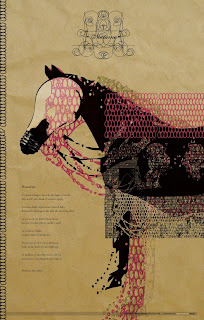 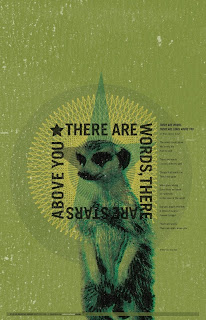 The So & So reading series lives on in the grand ol' south. So do their uniquely awesome broadsides. The above feature Elisa Gabbert and Tony Tost. Check them out here

*
I had a phone interview today with UMass trying to explain why'd I'd be a suitable TEACHING ASSISTANT. I don't know if I made my case. I had something in my throat. A nervous voice.

I'm pretty late on the Jack Spicer train, but so is the rest of the world. At least Peter Gzzi thinks so. That's why in a January issue a The Nation (for which he now edits the poetry section) he plopped down 2 Spicer nuggets. Nuggets for super liberals. I'm stealing one so you don't have to subscribe. But you should. Subscribe I mean.

Pieces of the past arising out of the rubble. Which evokes Eliot and then evokes Suspicion
Ghosts all of them. Doers of no good.
The past around us is deeper than.
Present events defy us, the past
Has no such scruples. No funeral processions for him. He died in agony. The cock under the thumb.
Rest us as corpses
We poets
Vain words.
For a funeral (as I live and breathe and speak)
Of good
And impossible
Dimensions.

The blog title comes from something my Dad used to say to me when I'd talk shit. Usually in his direction. It was also this guys name in a 1985 American Tribute to Orphans-

i thought it was a bill collector. i thought it was the researcher i'd talked to the day before about donating my mind for medical testing. Instead it was umass, and they said i could come stay with them for 2-3 years starting next fall.

I'm happy. I feel like i can comfortably become a janitor for the next 6 months and know there is a light at the end of mine shaft.

I'm alone at my childhood home. I'm frying up a pork steak. I'm drinking a Heineken in the snow. My dog agrees. 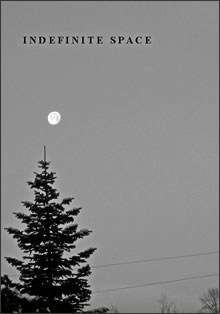 The new elimae is out. I have a poem in it. It is for you.

One of my favorite journals, Action Yes, has a new issue featuring some of my most favored word wielders - Rauan Klassnik, Mark Leidner (who will be in the new SIR!), Lily Hoang, Amy Clark, Sabrina Orah Mark, and lots more. Thank you, Action Yes.

Guess Who's Not Coming to Dinner

Am I the only one who's too broke to go to AWP? Where are all the broke poets? I wish I could go. I have a manuscript I've been carrying in my pants that I want to show you.

I have two poems up at Rain Fade.

Rauan has some nice poems up Eleven Eleven.
Here is a disfigured fraction:

Fire’s leaping from hill to hill, and my nerves are swaying
like seaweed. I have learned to die. And not to. My veins
are filled with milk.

Yesterday I heard a bird. Only arresting because I realize its been a while. Now I hear church music that turns for a a few moments at noon. It must be a short walk to the lectern.

Roll out pastry. Mix all ingredients for meat together well. Arrange meat in a line the length of the pastry. Moisten one side and roll pastry over to make a roll. Cut into 3-4 inch lengths (or smaller for hors d'oeuvres) and prick top. Place on tray and glaze with milk. Bake 20-25 minutes in 425 degree oven.

A werewolf god conquered by the heart

"When Bataille analyzes the activities of society, he divides it into two parts: the productive part, and then ‘the second part, represented by so-called unproductive expenditures: luxury, mourning, war, cults, the construction of sumptuary monuments, games, spectacles, arts, perverse sexual activity [...] all these represent the activties which, at least in primitive circumstances, have no end beyond themselves.

This is what I mean when I say that I don't believe poetry should be "productive."

Albinos of the Off Season 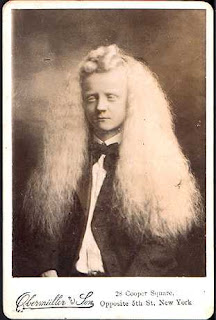 Submissions for SIR! are now closed. If you haven't yet heard back from me you will in the next day or so. The issue will appear no later than the end of this month. It will be a stunner. 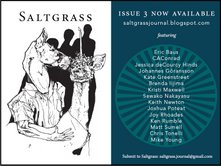 A growing trade in Tanzania is to hunt albinos down and use their body parts for miracles. All proceeds of the journals listed above go towards saving the Tanzania albino population.