Hark Brave All,
As we plan our descent into this years AWP conference in Washington DC, we hope that you will spend some thought on the Brave Men & Women who fight for you - Chris Martin, Lily Brown, Ben Kopel, Joshua Marie Wilkinson, Jennifer Denrow, Mathias Svalina, Brian Foley & EB Goodale.

It is right to say we have been up to much - four new chapbooks, a box set, posters, finer art, a massive reading. So in one fell swoop, we share with you all their awesome and our devotion, that you may now see for yourselves with your internet eyes. 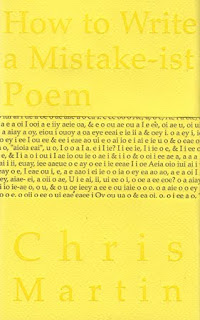 Chris Martin - How to Write a Mistake-ist Poem

Chris Martin's second book of poems, Becoming Weather, is just now precipitating into material form compliments of the wonderful people at Coffee House Press. His first book, American Music, won the Hayden Carruth Prize and last year he was named one of the Poetry Society of America's New American Poets. Currently he is an editor at Futurepoem books and curator of the response blog Futurepost.

Lily Brown - Being One

Lily Brown is from Massachusetts and currently lives in Athens, where she is a Ph.D. student at the University of Georgia. Her first book, Rust or Go Missing, is out from Cleveland State University Poetry Center, and recent poems have appeared in American Letters and Commentary and Colorado Review.

Ben Kopel - Because We Must

Ben Kopel, a native of Baton Rouge, Louisiana, currently lives in Northampton, Massachusetts where he edits Laminated Cats Press. A graduate of the Iowa Writers Workshop, he is currently continuing his education at UMass Amherst. His poems have appeared or are forthcoming in Conduit, Sir!, Forklift: Ohio, H_NG_M_N, Sixth Finch, Diagram, and elsewhere. Sorry ma, he forgot to take out the trash.

Joshua Marie Wilkinson - In The Trade of Alive Letters Mis-sent

Joshua Marie Wilkinson is the author of five collections of poetry, most recently Selenography, featuring Polaroids by Califone's Tim Rutili (Sidebrow Books, 2010). He has edited two anthologies for University of Iowa Press: Poets on Teaching: A Sourcebook12x12: Conversations in 21st Century Poetry & Poetics. He lives in Chicago, where he is Assistant Professor in the English Department at Loyola University. 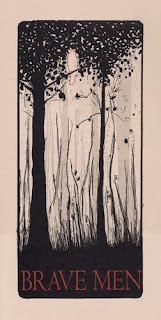 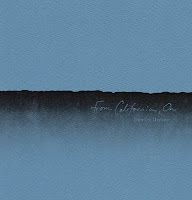 Jennifer Denrow - From California, On

Jennifer Denrow has two chapbooks: A Knee for a Life (Horse Less Press) and From California, On (Brave Men Press). Her first book, California, is forthcoming from Four Way Books. 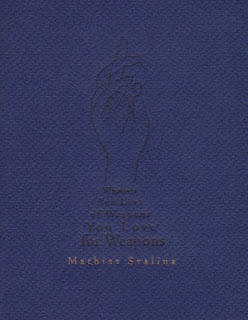 Mathias Svalina - Whatever You Love of Weapons You Love For Weapons

Mathias Svalina was born in Chicago, where his parents were both chemists. He is the author of five chapbooks as well as five collaboratively written chapbooks. His work has been published widely in journals such as American Letters & Commentary, The Boston Review, Diagram, jubilat, and Typo. With Zachary Schomburg, he co-edits Octopus Magazine and Octopus Books. Destruction Myth is his first book out from CSU press. 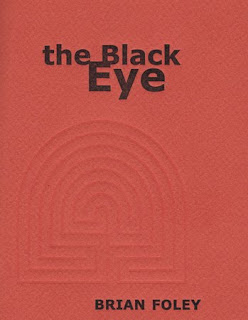 Brian Foley is the author of the chapbooks The Constitution ( Horseless Press, 2011) & The Tornado is Not A Surrealist (Greying Ghost, 2008). His poems have appeared or are forthcoming in Action Yes, Columbia Poetry Journal, Poor Claudia,Typo, H_NGM_N & elsewhere. He edits SIR! Magazine, curates The Deep Moat Reading Series, and with EB Goodale, runs Brave Men Press.
WHERE?

You can find us and these books at AWP this Thursday- Saturday at the HTML Giant table. Supplies are limited, so please plan accordingly. New titles & ephemera will be on sale on our website soon after AWP, providing we don't sell out. 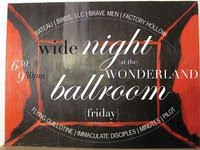 On Friday night please join BRAVE MEN in celebrating WIDE NIGHT, an evening of readings with the following presses!

Brave Men will be represented by Lily Brown & Chris Martin, reading somewhere near the end of the line up, for those of you planning a full evening.


There will always be a lot going on, but we really hope you stop by the table and/or reading and introduce yourselves. We've come to meet you.

Sounds Thoughts & a poem by Mathias Svalina at Coldfront

A poem by Brian Foley in H_NGM_N

Safe travels to all traveling