Red Sox win the World Series.
Though they're my team and I watched a lot of this season, there is no exclamation mark in that sentence because I felt bad for the Rockies. While Boston did play better, I would have liked to seen more drama and competition rather than a sweep. There is rumor of A-Rod coming to Boston, and Mike "The Carpeneter" Lowell leaving. If this is true, let the team become recursed. 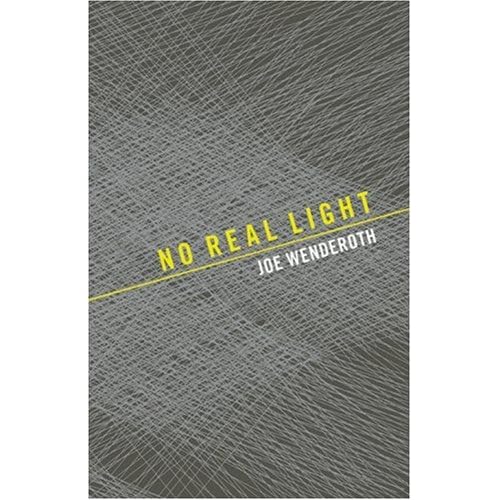 Post game I read Joe Wenderoth's new book, No Real Light.
I've read good things about Joe, but this book was not what I expected. I expected a more whimsical ordeal, and this book is anything but. A sobering sincerity I often avoid these days, the poems tackle fatherhood, politics, warfare, and murder in deceptively light verse. The last poem is a parable of art/teaching conflict.
Though mostly serious, Wenderoth is never indignant or sanctimonious. I often enjoy his conversational style, letting the words unfold naturally. I'll definately be looking into his past works.