Gore for the Poor

I have a poem in the (new) New Yinzer. Thanks to Claire for inviting me. Good stuff by Justin Taylor, Blake Butler, Shannon Tharp, and this essay by Katy Henricksen. 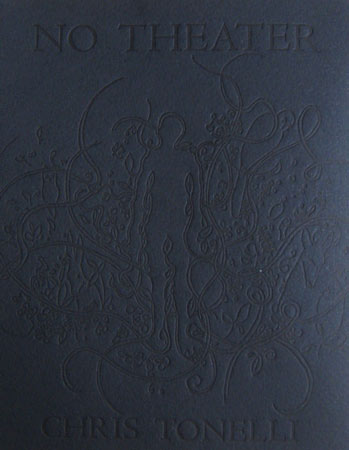 Did you get a copy of No Theater by Chris Tonelli yet? It's been about two weeks since its release and we're down to about 40 copies left! Moms are really into it. Some dads.
We've mailed all orders up to this date. If you've received it and read it, add it to your Good Reads, or maybe blog some thoughts about it. That'd be great.

Anyone who has seen me in the past few months knows I've become infected by metal. This usually happens every summer; I don't know why. But this year it seems a more permanent thing. Like, I bought a skateboard. Again.

Anyway, here is some of my preferred Summer Listening

And for the jam of the summer, Metallica-Ride the Lightning slowed down!!!! This is ripped from the 45rpm vinyl, played at 33rpm. I never thought I'd be able to hear this record in a different light, but whoa man, its heavier, more crushing, and so much better. Do yourself a favor and download this. (Note to Suetallica: I did not upload this, I'm merely pointing.)

Last weekend we saw Until The light Take Us. A documentary about the Norwegian Black Metal Scene. I was afraid it would rehash a lot of the same dirt (church burnings, Euronymous murder, etc..) and in some ways it did, but mostly it was interviews with those involved looking back upon their lives and the ways black metal has changed since then. It barely made mention of the music, which played in its favor since there are so many documents fully covering the phenomenon. What was most interesting was the differences in which key players viewed their musical efforts. Varg Vierkenes as a political rebellion, and Fenriz of Darkthrone as an artistic statement that has since been raped by co-option.

Yesterday we went to the Mayhem festival. The bands were mostly awful, but it was an awesome time. We were there for Slayer and people watching, neither disappointed. 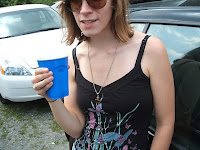 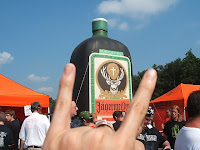 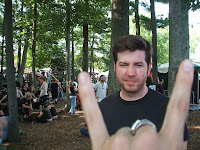 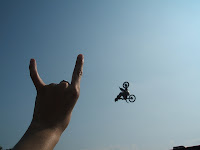 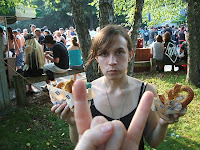 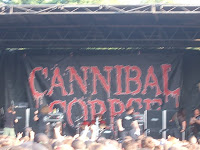 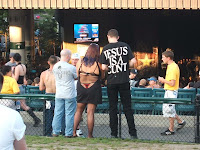